If you’ve ever found yourself desperately waiting for payday just so you can continue to function and survive, well, you’re not alone.

In fact, a 2014 study found that 1 in 5 Australians had little or no money left at the end of their pay period.

Obviously, this isn’t a situation that anybody wants to experience, yet some people feel as though they can’t get out of the financial cycle they’re stuck in. They get paid, bills come in, they spend and spend, then there’s nothing left. But it is possible to get out of this habit, to make changes in your life that will see you with more financial stability, and even financial freedom.

It starts today… 1. Recognise The Problem The first step in dealing with a financial situation like living pay to pay is to recognise the problem and figure out what it stems from. In most cases, there’s really just two choices. Either you spend too much money, or you don’t make enough money. Actually, for most people the issue is related to both. So what can you do? If your job isn’t paying very well, and you think you might be able to get a better one, start to look around. Or, talk to your boss about a possible promotion, and mention your money problems. If you know you’re spending too much, then recognising that is the first step to stopping it and getting back on track with your money matters.

2. Match Your Money To Your Life

It’s a hard thing to come to terms with, but not everyone is rich enough to have everything. In our society, the idea of ‘Keeping Up With The Joneses’ often means we feel pressured to spend money, even if we don’t have it. So do yourself a favour and don’t fall into that thinking trap. Instead, take some time to think about your lifestyle, how much money is available, and the lifestyle you can afford. It can be a harsh reality check, but if you want to lessen your financial stress it’s absolutely necessary. Of course before you can start to make changes to your spending habits, you’ll need to understand them intimately. Take a month (or a single pay period) and keep a spending diary taking note of every single item you buy (no lying) and every bill you pay. Tally it up daily, weekly, fortnightly and monthly to track what you’ve spent from the money available. Using this spending diary you’ll be able to see more clearly where you’re spending money, and get a bit of a motivational boost to spend less. For example, by seeing how much you spend on takeaway food in a month, you might feel more likely to cook cheaper at home. 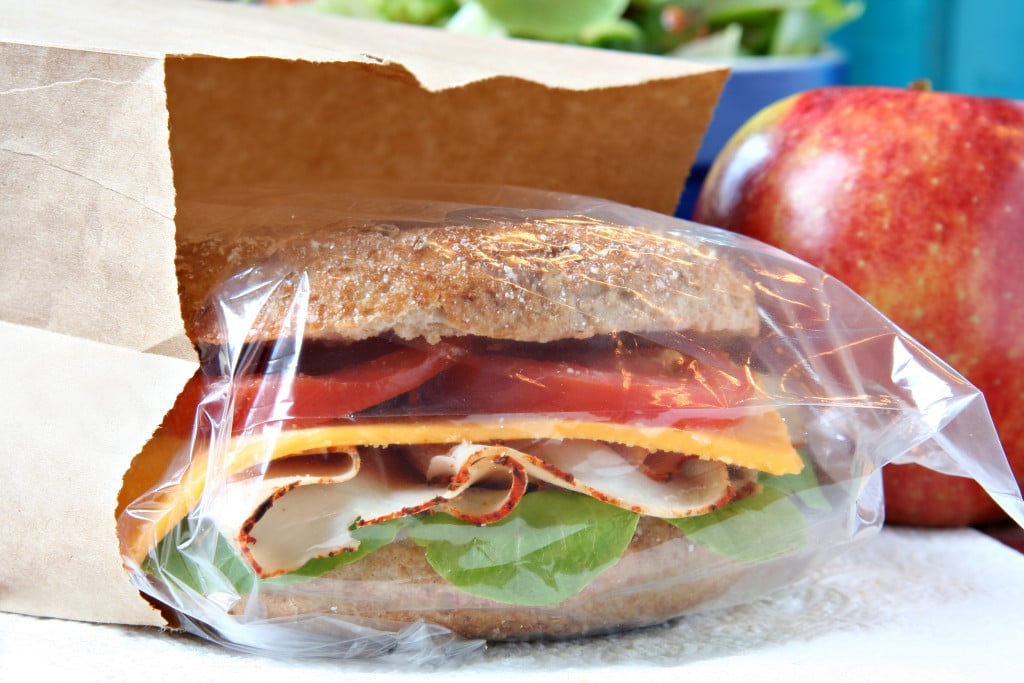 When it comes to saving money, to ensure there’s more at the end of your pay period, the first thing that you’ll need to do is look at all your regular expenses. From these, what can you shave away. Do you buy two cups of coffee a day? Make them at home, or bring a thermos to work. Do you get your haircut at an expensive salon? Go somewhere more affordable. These expenses might also include expensive subscriptions to magazines, or memberships at gyms. If you’re strapped for cash, all of these represent potential savings.

5. Shopping Is Not A Hobby 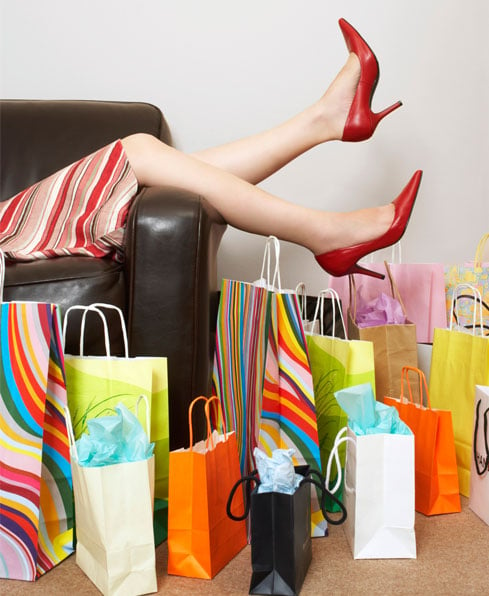 When we’re socialising with friends, we’re often drawn to areas where shopping happens, and we fall into the trap of shopping as a hobby. When it comes to online shopping, many people often do the same thing to alleviate boredom. In order to stop living pay to pay it’s important to recognise that this behaviour isn’t benefiting you in the long run. Shopping as a hobby is an expensive and ultimately damaging activity, particularly when you’re struggling to get through your pay period on the money you have available.

If you aren’t good at managing money, make sure that you pay all your bills as soon as the money becomes available. If the bill isn’t due yet, put the money aside in another bank account, and organise for the cost of the bill to be direct debited. This way, within a day or two after you’ve been paid you’ll know exactly how much money you have available until the next pay period. Using this method you should be able to better manage your money, and not be hit with unexpected bills.

7. Set Goals and Have Priorities

Setting goals and prioritising your spending is key when trying to remove yourself from a bad financial situation like living from pay to pay. Your first goal will probably be something as simple as getting out of the cycle, and having money left over at the end of your pay period. Further along the line you might decide to put aside some money for a gift for yourself, or even for a holiday. Priorities are also important, and you might need to write them down if you aren’t good at managing them. For example, things you need (like groceries and electricity) must always be paid and taken care of before things you want (like new clothes and entertainment).

The final step for getting out of the pay to pay cycle is to begin putting money away in an emergency fund. Often we fall into the living pay to pay because of a large unexpected bill, like a mechanical repair, or due to an inability to work from illness. It’s at times like these that we fall back on debt and credit, a system that is unsustainable. So, to avoid that in the future begin putting money aside for your own future. This might be as little as $50 a week, or it could be much more than that. Try to take any money you have left in the bank just before your pay comes in and move it into your emergency fund.

It can be a real challenge to get yourself out of a challenging financial situation, but it’s always good to know you’re not alone.

There are lots of people in Australia and around the world who are struggling to manage their money and living pay to pay. But with these simple tips they can reduce their money stress, stop bad habits, and save for the future.

How do you stop living from pay to pay? 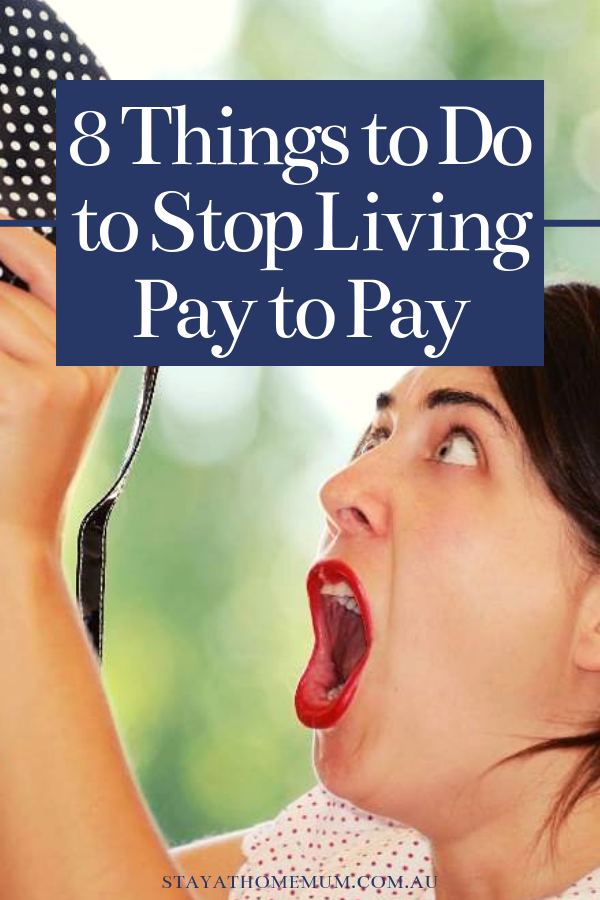