No other Democrats can beat him at this point. Sill, the liberal establishment is still struggling to come to terms with Sanders inevitable nomination 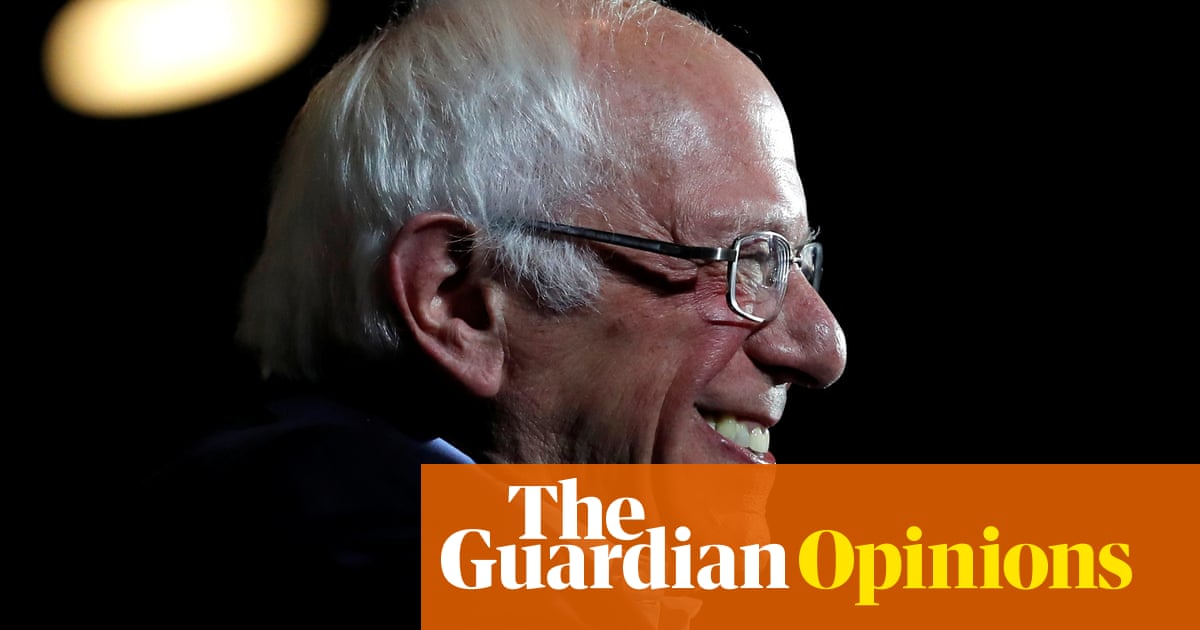 It was a landslide. Bernie Sanders had been expected to win the Nevada caucuses, but not like this. With just 4% of the vote in, news organizations called the race for Sanders, since his margin of victory was so large. Sanders has now won the popular vote in all of the first three states, and is currently leading in the polls almost everywhere else in the country. He was already the favorite to take the nomination before the Nevada contest, with Democratic party insiders worrying he was unstoppable. His campaign will only grow more powerful now.

Importantly, Sanders Nevada victory definitively disproved one of the most enduring myths about his campaign: that it could attract left-leaning young white people, but was incapable of drawing in a diverse coalition. In fact, voters of color were a primary source of Sanders strength in Nevada; he received the majority of Latino votes. Entrance polls showed Sanders winning men and women, whites and Latinos, voters 17-29, 30-44 and 45-65, those with college degrees and those without, liberal Democrats (by a lot) and moderate/conservatives (narrowly), union and non-union households. The poisonous concept of the white Bernie Bro as the typical Sanders supporter should be dead.

Some members of the media establishment had no idea what to make of Sanders Nevada victory. On MSNBC, James Carville said that Putin had won Nevada, and Chris Matthews declared the primary over (ill-advisedly comparing Sanders victory to the Nazi invasion of France). Jennifer Rubin of the Washington Post admitted that Sanders had been stronger with nonwhite voters than she expected, and it might now be too late to do anything about him.

The other candidates and their supporters did their best to spin a humiliating defeat. Amy Klobuchar said her sixth-place finish exceeded expectationsif sixth place is better than you expected, youre probably not a viable candidate. Biden vowed, implausibly (and for the third time) that he would bounce back. Pete Buttigieg took to the stage to denounce Sanders, who he said believes in an inflexible, ideological revolution that leaves out most Democrats, not to mention most Americans. A Warren supporter rather charmingly said that while Sanders had won, Warren had the momentum, and the Warren campaign itself said the Nevada debate mattered more than the Nevada result.

Lets be clear: the other candidates were crushed, and Nevada was yet more evidence that there is no longer much serious opposition to Sanders. Michael Bloomberg fizzled completely in his big debut, and Democrats would be out of their minds to enrage every Sanders supporter by nominating a Republican billionaire. Joe Biden has lost badly in all of the first three contests, and its very clear that he cant run an effective campaign. Elizabeth Warrens campaign has nearly gone broke and in desperation she has resorted to relying on the Super PACs that she previously shunned. Pete Buttigieg cant win voters of color or young people (and has accurately been described as sounding like a neural network trained on West Wing episodes). As Matthews says: its over. Bernie is dominating the fundraising, dominating the polls, and winning every primary. I am not sure Jacobin is right that its Bernies party nowfor one thing, virtually the entire Congressional Democratic party is still opposed to Bernie. But its certainly Bernies nomination. There is simply no other credible candidate.

Democrats shouldnt worry, though: Bernie has a strong organization and a lot of money, and can mobilize millions of people to support him in November. Hes exactly the kind of candidate you should want your party to have. And for all the fear of his radicalism, hes really a moderate: his signature policies are a national health insurance program, a living wage, free public higher education, and a serious green energy investment plan. Its shocking that there is such opposition to such sensible plans. On what planet are these things so politically toxic that Democrats are afraid to run on them? Voters like these ideas, and so long as Democrats unify behind Bernie rather than continuing to try to tear him down, they will have a very good shot at defeating a radical and unhinged president like Donald Trump. The polling looks good for Bernie in November, so now we just need to get this primary over with and focus on the real fight. The other candidates had their shot: they lost. They need to accept it.

One other takeaway from Nevada is that no future election should occur without significant reform to the caucus process. Nevada wasnt an outright catastrophe like Iowa wasat least we got results on election night. But it was still plagued with voting rules confusion, calculation glitches and delays in reporting tallies. And the caucus process can be downright bizarre: tied results in the Las Vegas caucuses are resolved with a card game, and at one point Sanders lost a delegate to Pete Buttigieg because the Sanders team pulled an Ace and Buttigieg pulled a 3. (Aces were low.) From the electoral college to the Iowa caucus, American elections desperately need to reworked from the bottom up according to the simple principle the person with the most votes ought to win.

And yet caucuses also produce some truly inspiring on-the-ground stories, from the cab driver who spoke up for Bernie and kept billionaire Tom Steyer from being viable to the guy who switched from Trump to Bernie because he was convinced socialists were good people. Ordinary people gave incredible speeches as part of the caucus processone reason why it should be fixed rather than ditched entirely. Members of the Culinary Union, whose leadership had prominently opposed Sanders over Medicare For All, ended up defying their leaders and pushing Sanders to victory at a number of caucus sites.

All in all, Nevada was an inspiring moment for American democracy, proof that ordinary working people of all races and incomes and genders can come together around a robust progressive agenda. Democrats need not worry: this is a good thing. Its a night to be celebrated. The primary is not completely over, but hopefully it is now clear to every sensible observer that Bernie is cruising toward the nomination and needs to be supported rather than torn down.