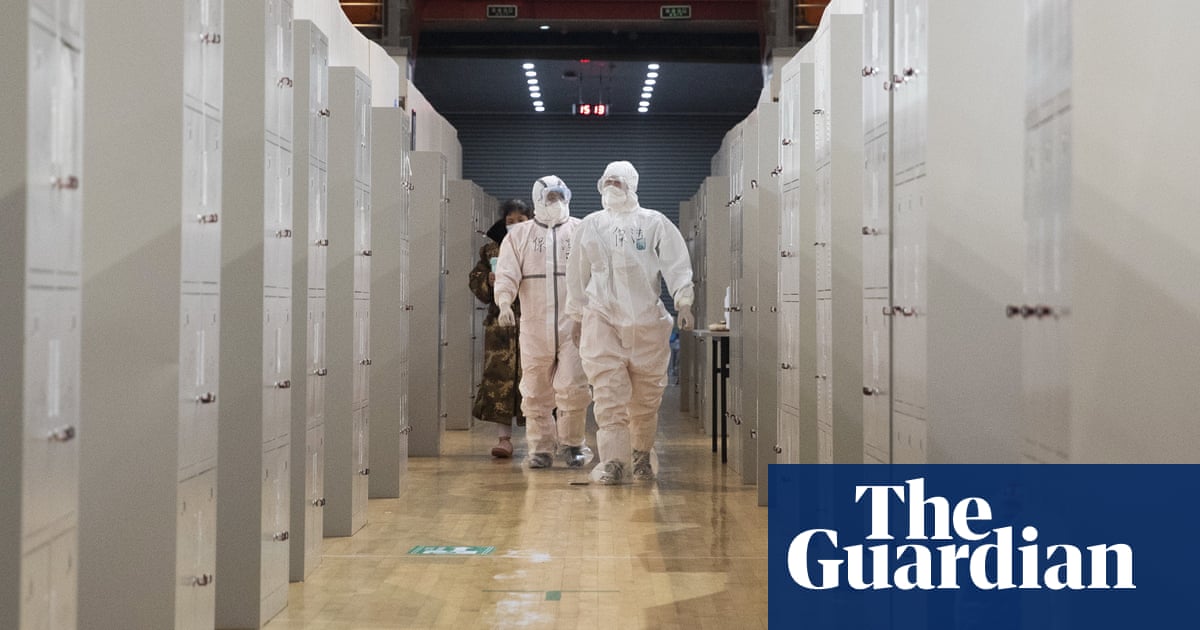 The World Health Organization is seeking more information from China about the large numbers of health workers falling sick because of the coronavirus after it was revealed 1,760 of them have tested positive and six have died.

This is the first time China has included the specific numbers for healthcare professionals in the data it has provided on the spread of the epidemic. This is a critical piece of information because health workers are the glue that holds the health system and the outbreak response together, said the WHOs director general, Dr Tedros Adhanom Ghebreyesus.

We need to know more about these figures, including the time period and circumstances in which the health workers became sick.

On the same day, Egypt reported a case, making it the first country in Africa to do so. The countrys health ministry said the affected person was a foreigner who had been put into isolation at hospital, adding that the WHO had been immediately informed and that all necessary preventative measures had been taken. It did not give the nationality of the affected person or any other details.

Earlier this month the WHO said it was particularly concerned about high-risk nations with weaker health systems that may lack the facilities to identify cases.

Doctors and nurses in China are having to adopt makeshift measures to try to protect themselves in the face of dire shortages of protective gowns, gloves and masks, according to the New York Times. Eyewitnesses told of health professionals patching up damaged protective masks with tape and reusing goggles meant to be used once and thrown away. They are wrapping their shoes in plastic bags because they have no protective covers for them.

Some have used their own money to buy protective gear if they could find it for sale, or begged from friends. Others told of avoiding eating and drinking for long stretches because going to the toilet meant removing and discarding safety gownsthat they would not be able to replace.

Tedros pointed out that the WHO had disseminated its guidelines for protecting health workers to China and other countries with Covid-19 cases, but the critical problem in coronavirus-hit Chinese hospitals appears to be obtaining protective gear.

On Friday, Doctors Without Borders/Mdecins Sans Frontires (MSF) said that it would send 3.5 tonnes of medical protective equipment to Wuhan Jinyintan hospital one of the hospitals at the forefront of treating patients with the virus.

The lockdown in Chinas cities is intended to stop the virus travelling but has impeded the production and delivery of essential supplies of personal protective equipment (PPE) and masks and glove, while donations have not always got through to where they are most needed.

WHO is already seeking more information from the Chinese government about the change in the way doctors are now diagnosing Covid-19, which led to a big surge in diagnoses numbers on Thursday. An extra 15,000 cases were reported from the centre of the outbreak, Hubei province, who had all been diagnosed by a CT scan of their lungs and not a lab test.

On Friday, the latest figures were 47,500 lab-confirmed cases in China and 16,457 clinical diagnoses reported by doctors after scans, bringing the total to more than 63,000. Tedros said they needed to know doctors were not misdiagnosing other infections as the coronavirus.

While it is not uncommon in outbreaks for clinical definitions to change over time as more information becomes available, we are seeking further clarification on how the clinical diagnosis is being made, to ensure that other respiratory illnesses including influenza are not getting mixed into the Covid-19 data, he said.

US experts will be part of an international team that will arrive in China at the weekend to hold talks with their counterparts, the WHO said. The confirmation followed calls from a senior White House official for Beijing to be more transparent over its handling of the outbreak and its change in the reported data, as Chinese authorities expanded wartime measures to limit its spread.

Were a little disappointed in the lack of transparency coming from the Chinese, said Larry Kudlow, the director of the US National Economic Council.

Chinas national health commissions vice-director, Zeng Yixina, confirmed that more than 1,700 Chinese medical workers had been infected and six had died, adding that the commission was highly concerned about this issue and had issued guidelines for the prevention and control of infection within medical institutions.

Healthcare workers accounted for about 3.8% of confirmed cases as of three days ago, Zeng said.

The death toll stands at 1,383. Three deaths were outside of mainland China: in Hong Kong, Japan and the Philippines.

Singapore confirmed nine new cases on Friday, bringing its total to 67, while in Japan, the health ministry said 11 elderly passengers on the quarantined cruise ship Diamond Princess were allowed to leave the vessel after they tested negative.

While public health experts have greeted the change in reporting positively, others say it raises more questions about the data. The change in diagnostic criteria has been applied only to Hubei province.

Is the politburo really being honest with us? Kudlow asked, referring to communist Chinas top leadership body. Kudlow said President Xi Jinping had assured Donald Trump that Beijing would accept US help, but they wont let us.

I dont know what their motives are. I do know that apparently more and more people are suffering over there, he said.

At a meeting of senior leaders in Beijing on Thursday, officials called for other areas to adopt quarantine and rescue measures equal to that of Wuhan, which has been under lockdown for the past three weeks. The meeting, chaired by the Chinese premier, Li Keqiang, called on Wuhan to speed up classifying and quarantining residents suspected or confirmed of contracting the virus.

In Huanggang, one of the worst-hit areas outside of Wuhan with more than 2,000 cases and at least 59 deaths, authorities issued emergency measures for 14 days, fully sealing all residential areas and banning vehicles, except those for emergency, medical or official purposes.

Checkpoints would be set up and public security deployed to enforce the measures. Local district committees are to organise residents food and supplies. All residents must not enter or leave their communities without authorisation, the notice said.