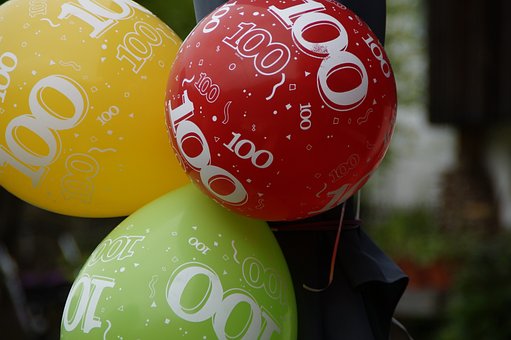 The top 100 companies for remote jobs which made the FlexJobs list over 5 years will be handled in:

…to the top 100 companies for remote jobs or FlexJobs

FlexJobs is a site that vets and draws up the lists of the best 100 top companies for remote jobs, also known as telecommuting jobs or work-from-home jobs. To access the ones that make it onto the site, one only needs to pay a fee. And, each year since 2014, FlexJobs has been releasing an annual list of the top 100 companies with the highest number of part-time or entirely remote job openings out of a pool of tens of thousands of them.

In this regard, let’s listen to FlexJobs’ CEO Sara Sutton Fell: “Job seekers are looking for flexible jobs, but it can be really hard to find real opportunities with all the scams and bogus business opportunities out there. The companies in our database and on this list have all been screened and verified as legitimate, which helps job seekers stay safe and find flexible employment faster,” she says in response to this list of the top companies for remote jobs. “By breaking down the companies that offered the most opportunities, job seekers will know which companies to keep an eye on during their job search.”

On our part, we are posting this on our blog as a part of our commitment to help you find legitimate work from home opportunities.

Our job here is to serve you the lists since its inception in 2014, to signal the companies which didn’t make the list and those which did from one year to another, and finally to draw up a list of the companies which have incessantly featured on the list since 2014. Those will be the best to work for, but they may also be the most difficult since there will be a lot of competition to get in. but there’s no harm in trying. 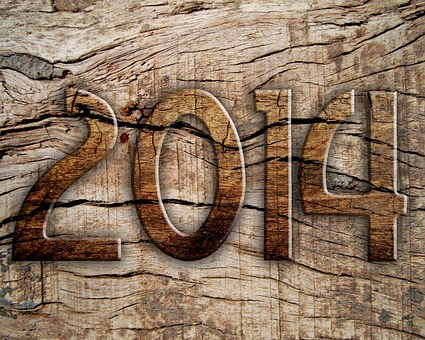 In 2013, the companies on the list had been selected as the top ones offering remote jobs. The list is not surprising as many of these employers (Xerox, UnitedHealth Group, Dell, ADP, American Express, and others) are leaders in their fields.

2014 is the year FlexJobs started publishing the useful list for work from home workers. To do so, they analyzed their database of over 25,000 pre-screened and vetted companies with flexible jobs to find the top ones proposing remote jobs.

The list helps answer questions such as which are the best companies with remote jobs? Which of them have the most work-life balance options?

The answers determined some of the best companies to watch in 2014 as you continued to look for a flexible job option.

The positions ranged from exclusively working from home, partial telecommuting while working mostly from an office, and everything else in between. With so many options to telecommute, FlexJobs said 2014 is THE year to find remote jobs among the top 100 companies. 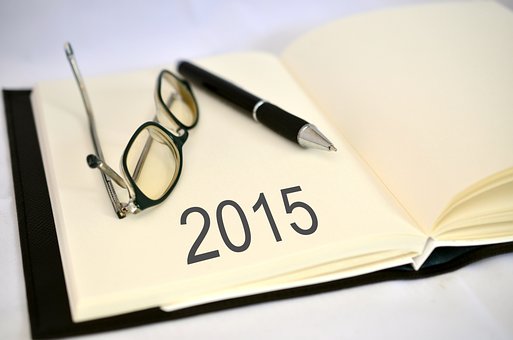 The year 2015 was the second time FlexJobs published their annual list of the top 100 companies to contact for remote jobs.

As was done for the previous year, the list of 100 telecommute-friendly companies was compiled based on an analysis of the job posting histories of companies, this time 30,000 of them over the last year.

As usual, the final companies list of 100 represents those that proposed the most jobs posted with remote work options (i.e. telecommute, work-from-home, virtual) in 2014.

Remarkable trend: Remote Jobs on the Increase among the top 100 companies for remote jobs

Whilst analysing the pool of companies to come up with the top ones with remote jobs, FlexJobs also noted a 26 percent increase in the number of remote jobs posted over the last year. This showed working from home was no longer an isolated phenomenon. Fortunately for those interested in it, the tendency was in effect becoming more accepted and widely available across industries and career fields.

In the list of the 100 top companies with remote jobs in 2015 were both small and large-sized companies. They were from a large section of industries, with big household names like Amazon, Intuit, the U.S. Department of Agriculture, the American Heart Association, Teach For America, 3M, and Nationwide Insurance.

The list featured companies with a variety of remote work options such as full-time and part-time jobs from home, occasional telecommuting, and the option to telecommute. 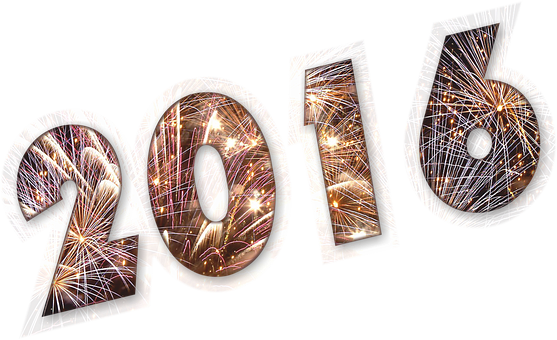 In 2016, FlexJobs released in a row its third annual list of the 100 top companies to consider for remote jobs.

These companies, having posted the most work-from-home jobs in 2015, are the ones leading the telecommuting and remote workforces.

That year the highly-anticipated list was based on the analysis of over 40,000 companies in the FlexJobs database. They were those that posted the most telecommute-friendly jobs from January 1 to December 31, 2015.

Is called a telecommute-friendly company the one that offers some level of telecommuting (the levels on FlexJob’s site being 100 percent, mostly, some, or optional telecommuting).

That gave job seekers interested in finding a remote job that year a good bet that they were dealing with some of the top companies with remote jobs in 2016.

Of course, this was fantastic news for those who were thinking of exchanging the office life for the telecommuting job. 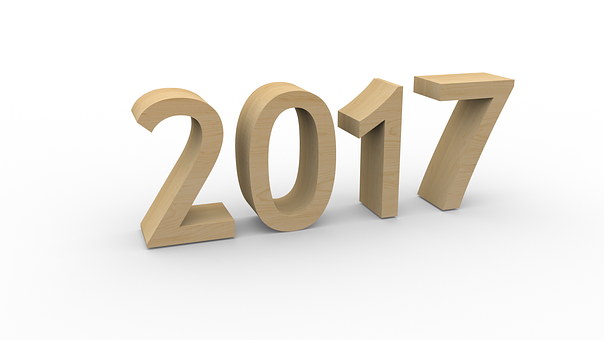 This was the fourth time without fail that FlexJobs have analyzed the job posting data in their database, to find the 100 companies with the most remote-friendly job openings throughout the last year from job histories of over 47,000 companies.

FlexJobs’ definition of “Remote-friendly” hasn’t changed, that is, the openings which offer some level of telecommuting (the levels on their site being 100 percent, mostly, some, or optional telecommuting).

These were the companies that listed the most remote jobs (that let you work from home) in 2016, hence, were a good place to search for remote jobs over the course of that year.

I’m sure people hoping to find a remote job that year, found these as some of the top companies with remote jobs in 2017.

That upward swing over the last several years also demonstrated that telecommuting wasn’t just a perk or a momentary trend. Rather, it was turning into an accepted way of working; furthermore companies often strategically resorted to it as a means to reduce costs, improve productivity, increase retention, hire the best talent, and reduce the negative environmental impacts of commuting. 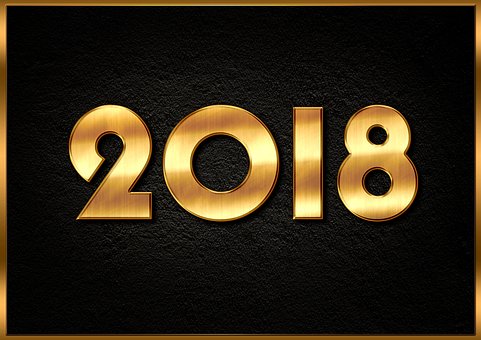 For the fifth year in a row, FlexJobs have come up with their list of the 100 top companies with remote jobs. As is always the case, these are companies that listed the most remote jobs in 2017, which signifies that they could lead the employer pack for remote job listings in the coming year. They’re also leaders of better, more flexible work options that enable professionals to balance work and life.

This year they again analyzed job posting data in the FlexJobs database, which holds flexible job details for over 49,000 companies (2,000 more than the previous year), to find the 100 companies that posted the most remote-friendly job openings throughout the past year.

Hoping to find a remote job this year?

Your bet is as good as FlexJob’s that these will be some of the top companies with remote jobs in 2018. 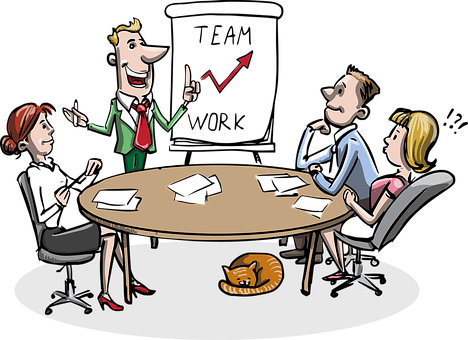 Note: There’s no doubt, Remote is now the standard way to work for the top 100 companies for remote jobs

How was remote work viewed in previous years?

Often as a trend or a perk.

But by reviewing work from home data annually for five years, FlexJobs have come to the conclusion that its reputation has changed to that of an acceptable mode of working.

Note these remarks culled from the FlexJobs’ site:

“Remote Work on the Rise: According to the “2017 State of Telecommuting in the U.S. Employee Workforce” report, remote work exceeds public transportation as the commute option of choice in more than half of the top U.S. metro areas. And remote work has grown far faster than any other commute mode. As of 2017, 43% of U.S. workers now work remotely at least occasionally, up from only, at the most, 9% of workers in 2007.

Careers and Job Titles for Remote Work: Five of the fastest-growing remote career categories are therapy, virtual administration, client services, tutoring, and state and local government. While a wide variety of jobs can be done from home, the 20 most common telecommuting job titles include teacher, writer, developer, analyst, sales representative, nurse, accountant, and program manager.

Notable Companies Supporting Remote Work: VIPKID earned the number one spot on the 2018 Top 100 list, with companies such as Amazon, Conduent, and Dell among the top 10 companies with the highest number of remote jobs posted in 2017. Some, such as PRA Health Sciences, Toyota, and Williams-Sonoma, are newcomers to the list, while others, such as Xerox, Kaplan, and UnitedHealth Group, have been featured on the list since 2014.”

Do you have any remarks to make on this blog post? Know that your views are eagerly welcome. Just scroll down to the comment box and let’s know them. We will answer as soon as possible.

Click here to go to Part I: The Top 100 Companies For Remote Jobs which made the list in 2014